Personally I've always found it a bit weird celebrating an author, celebrity or any other well-known persons birthday. And especially if you keep doing it after they have passed away. But recently we got two different anniversary books published in Denmark – to celebrate two of the best-known Disney comic creators.

First we got Carl Barks 120 år at the end of last year, as it's now 120 years since he was born. Then we got Don Rosa 70 år to celebrate Don Rosa becoming 70 years old this summer. 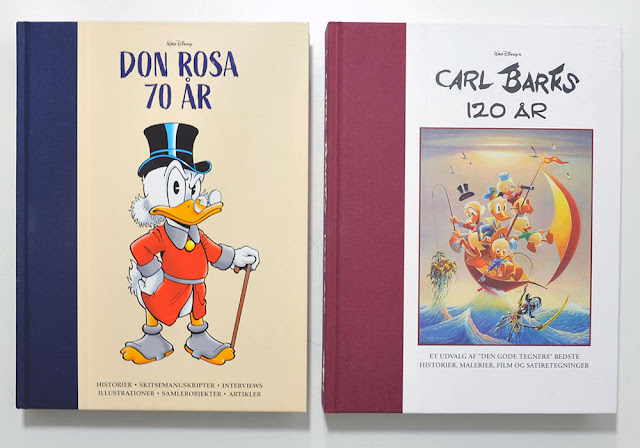 Both are really nice 400+ page books in hardcover and I got a bit surprised by some the content. So I figured I'd write a few words about them on here.

Let's start with the Carl Barks book. As expected, it mostly has a selection of his Disney comic work, dived into sections like the 40s, 50s etc. Each decade has a newly written introduction article, and there's also a lot of other thematic articles in-between.

From Carl Barks' stories that he didn't draw himself, I was glad to see that this book didn't just focus on the later Jippes versions (like some of the library series do) but instead reprinted an entire story drawn by John Carey and one finished by Tom Anderson and Vicar.

In addition to the Disney comics there are also some content from the Calgary Eye-Opener, story boards for Barks' time in the animation department, oil paintings and a story with Barney Bear and Benny Burro.

The book even managed to squeeze in some new material as well. First we got an article about the new panel that was discovered a couple of years ago, and the restored one-pager as first seen in Kalle Anka Extra (check out my blog post about this)

Then we get an article about Pip Squeeks with the same text as in Egmont's Carl Barks Library, but with a lot of (13 images) model sheets that I don't think I've ever seen on print before!

Over to the Don Rosa book, this one also has a selection of Don Rosa's Disney comics. In addition we get rarities like Return to Duckburg Place (translated to Danish), a few pages with Captain Kentucky (also translated), the unofficial speedskating story, the unfinished Disneyland story and the 2015 tribute story drawn by Marco Rota. 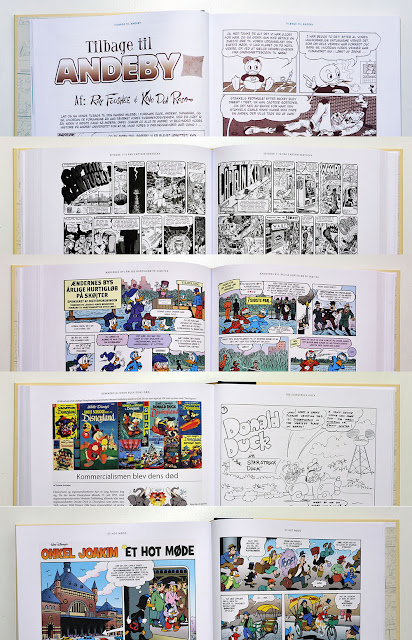 There's also a ton of bonus material in this book. The most notable and also never before seen on print includes:

* A 12-page long birthday interview with lots of private photos.

* Sketches for the entire story "Attaaaaaack!"

I didn't expect this much new bonus material in the book! It really is a worthy anniversary book with a lot of editorial work behind. If you can read Danish, I highly recommend both this one and the Carl Barks book!

This blog is mostly following and talking about American Disney comics, but might have an occasional post about Disney comics not available in English too. I won't do many reviews in the traditional way, but talk about things I find interesting or want to share.